A database is a collection of organized data that enables simple modification of data. In this tutorial, we will talk about the various different types of databases in detail and their advantages and disadvantages.

An RDBMS (Relational Database Management System) stores and arranges data points that are connected with each other. In view of the model, a relational database presents data indexes as a collection of tables and gives relational operators the to manipulate the data in tabular form. Tables comprise or consist of segments or columns containing at least one data class, and rows, containing a set of data characterized by the category.

A relational database is a collection of data items with pre-defined relationships between them. These items are organized as a set of tables with columns and rows. It become popular in the 1980s, and it gives the best and most flexible way to deal with access to organized/structured data.

Each table has an exceptional or unique identifier, or primary key, which recognizes the information in the table, and each row contains a special instance of data or information for the classes characterized by the columns. The logical connection between various tables can then be laid out or established with the utilization of foreign keys – a field in a table that interfaces with or connect the primary key data of another table. RDBMS frequently employs SQL for collecting information or data for reports and interactive queries. Examples: Oracle, MySQL, Microsoft SQLServer, PostgreSQL, and many more.

The database combined concepts of object-oriented programming with relational database principles. Let the class as a model, and objects as its instances. These instances share the properties they are derived from the same class. For example, a class of “Car”, the objects of which could be a wheel, break, its color, Tata, Alto, Tesla, etc. Objects are the very fundamental building blocks and an instance of the class, where the type is defined by the user (user-defined).

The class presents the blueprint or schema for the objects, which defines the behavior methods, and determines the behavior of a class pointers help to get the elements of an object database and build relations between objects.

A distributed database (DDB) is an integrated collection of databases that is physically distributed across sites in a computer network. In a Distributed database, the data is spread over numerous geographic regions to provide high accessibility and fast access. Examples: Apache Ignite, Apache Cassandra, Apache HBase, Amazon SimpleDB, MongoDB, etc.

System managers or administrators can distribute collections of data across various different multiple physical locations. A distributed database can dwell on coordinated or organized network servers or decentralized independent devices or PCs on the Internet, on corporate intranets/extranets, and so on.

A database is accessed, deployed, and built in a cloud environment, private, public, or half and hybrid cloud. It has two organization or deployment models:

1] Database as a service (DBaaS)

It’s a database in which an organization contracts with a cloud administration supplier through a charge-based membership administration or service. The service provider offers the end-client real-time operational, maintenance, administrative, and database management tasks to the end user.

Basically, the same as an onsite, in-house oversaw, or managed database — with the exception of infrastructure provisioning. For this situation, an organization buys virtual machine space from a cloud administration supplier, and the database is sent to the cloud. It is valuable for early age associations or organizations, small size organizations.

It is a collection of data in a single location open from various places. The fundamental capability or function of a centralized database management system is to give facilities and give access to every one of the associated PCs which satisfy all necessities mentioned by any single node.

All information and data are stored in a single centralized database management system. The PC system which satisfies the prerequisites of all the associated devices is known as a server and different devices are known as clients.

An end-user database empowers storing information made by an end-user. Any database which permits the end-user to make and oversee or manage data goes under this category. This implies that the user or client can straightforwardly interact with and control the database and the data that is stored in it. For convenience, the end user is given an interactive client (devoted software, command line interface, GUI, and so on).

This is a common database that is specifically or intended designed for the end client.

A graph can be navigated along specific edge types or across the whole graph. In graph databases, traversing the joins or connections is exceptionally fast on the grounds that the connections between nodes are not determined at query times but are continued in the database. Graph databases have benefits when you want to make connections among data and quickly query these connections.

A network database depends on a network data model, which permits each record to be connected with different essential records and numerous primary records. Network databases permit you to make an adaptable model of connections between entities.

Network alludes/refers to relations between various data substances or entities. A network database depends on a traditional hierarchical database, with the exception of it permitting each object to have multiple parents rather than a single parent.

Network databases can be addressed as a graph, characterized by a pattern or schema, which is a list of data nodes and the connections between them. This gives a data structure that, in a regular relational database, must be accessed by derivation.

It is a database model in which the data is organized in a hierarchical or progressive tree way. As it is organized based on the hierarchy, each record of the data tree ought to have something like one parent, with the exception of the child records in the last level, and each parent should have at least one child record. The Data can be accessed by completely finishing the classified structure, consistently starting from the Root or the first parent.

The thought behind hierarchical database models is helpful for a specific type of data storage, however, it isn’t very flexible. It is restricted to a few quite certain purposes (specific uses). Hierarchical models check out where the essential focal point of information gathering is on a concrete hierarchy like a list of business departments, assets, or individuals that will be generally connected with specific higher-level primary data elements.

NoSql can deal with large volumes of quickly changing, unstructured data in unexpected ways in comparison to a relational database with rows and tables. NoSQL DBMS compromise consistency for accessibility, speed, and partition tolerance. NoSql DBMSs utilize paired configuration of Javascript Object Notation (BSON) to store information in a database. The data is stored in records/documents, which in turn are stored in a collection.

Most NoSQL stores need genuine ACID(Atomicity, Consistency, Isolation, Durability) transactions however a couple of databases, like MarkLogic, Aerospike, and so forth have made them fundamental or central to their plans. Most NoSQL databases offer an idea of possible consistency in which database changes are propagated to all nodes so queries for data probably won’t return refreshed/updated data right away or could result in reading data that isn’t precise.

A commercial database is created and kept up with by a commercial association or organization that is for the most part made accessible to clients and expected clients. As far as free software and source accessibility, it’s inverse to DBMSs like MySql, Postgres, and so on. Examples are OracleDB, EnterpriseDB, and so on. They are frequently connected with premium administrations or services, for example, active customer support, better up times and access speed (cloud-deployed), and so on. 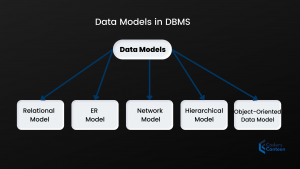